Heart of the Curiosity - Cover Reveal 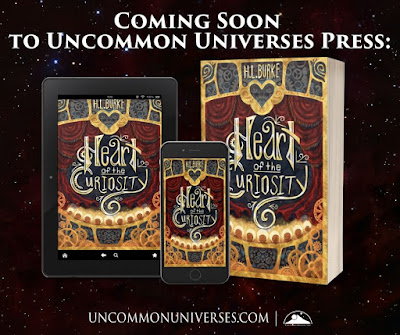 So I've got a new blog! Yay! What better way to celebrate than by sharing some awesome news from a favorite author? The wonderful H. L. Burke is gearing to release Heart of the Curiosity through Uncommon Universes Press.
Curious?
Me too, so let's dive in! 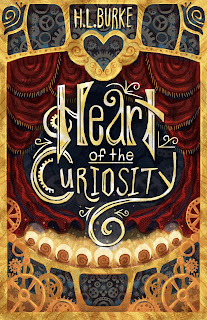 The secret lies with the Heart.

Born with a magical knack for manipulating emotions, Leodora's only dream is to ensure her talented little sister dances on the biggest, brightest stage in the Republic: The Curiosity, a grand old theater of tradition and innovation. After escaping a cruel carnival, Leo secures her sister a place in the Curiosity’s chorus line, and herself a job as a professional audience member, swaying the crowd's mood with her magic. The girls have a home for the first time in their lives.

Then a tragic accident darkens the theater. A greedy businessman begins blackmailing Leo, and financial woes threaten to close the show forever. The Curiosity's sole hope lies in a mythical power source hidden beneath the maze-like passages and trapdoors of the theater—the Heart. And Leo’s only friend Paxton, nephew of the theater's stagemistress, is the key to finding it.

While Leo and Paxton hunt for the Heart, the blackmailer’s threats loom larger. Mysterious figures, cryptic clues, and deadly traps hinder the search at every turn. If the friends cannot recover the Heart in time, Leo and her sister will be cast out of the only home they’ve ever known, and the final curtain will fall on The Curiosity.Enter a world reminiscent of The Greatest Showman, with a puzzle worthy of Sherlock Holmes and National Treasure, in this new Steampunk Fantasy from H. L. Burke.


I watched Burke's page for snippets and updates like a hawk while she was writing this and I've got to tell you, I am really excited for this release! If this sounds like a story that's right up your alley, here are the links to preorder at: 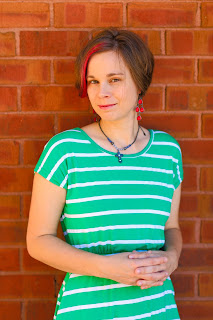 If you want to keep up-to-date with Burke's current projects (and she always has awesome stuff to follow), links are below for you. Want to know a bit more about her?

Born in a small town in north central Oregon, H. L. Burke spent most of her childhood around trees and farm animals and was always accompanied by a book. Growing up with epic heroes from Middle Earth and Narnia keeping her company, she also became an incurable romantic.

An addictive personality, she jumped from one fandom to another, being at times completely obsessed with various books, movies, or television series (Lord of the Rings, Star Wars, and Star Trek all took their turns), but she has grown to be what she considers a well-rounded connoisseur of geek culture.

Married to her high school crush who is now a US Marine, she has moved multiple times in her adult life but believes that home is wherever her husband, two daughters, and pets are. 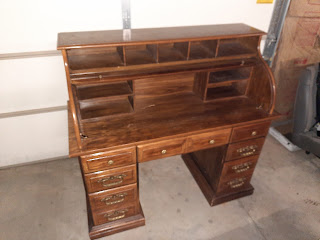